Finding Common Ground in the Garden 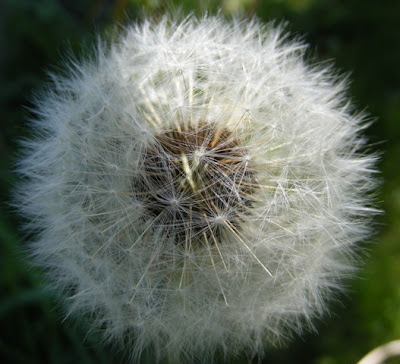 Linda from Vulture Peak Muse left the comment, “not sure I would have liked that,” referring to the previous post, You Simply must Plant a Garden. I didn’t like it, but I guess a bride too young needs loads of advice. I had no problems taking suggestions from my mom, the woman I most admire, but taking advice from the mother-in-law just didn’t sit well. Anyhow, since the rain has delayed my garden making, there’s time for another story about Ruth, the mother-in-law I learned to respect and love.
My mother-in-law, Ruth, was a great inspiration. She was brilliant in so many ways, but she was also feisty, strong, and bull headed. One day she stopped by to help me in the garden. We were both trying to find our way from separate paths to one in which we could walk side-by-side as grown women, respectful of each other in our new roles as the mother of a grown son and that grown son’s wife.

Since we lived just down the road in the other family farmhouse, Ruth would stop by unannounced. I heard gravel crunching in the winding lane, looked out a window and saw her driving in. I waited until she knocked to go outdoors.

“Let’s clean up that garden,” she said. With a chip the size of the red barn weighing me down, I drug myself to the garden, hoe in hand. That day we toiled together, pulling weeds that I’d, once again, let get out of hand. As we worked, the sticky moisture from stems joined with sweat making my hands slippery. I yanked and pulled, tossing the flagrant interlopers to the side of the garden, more than a little angry that I had to pull weeds in the first place. After all, I didn’t ASK for a garden, it was just kind of thrust upon me.

Ruth was a talker. She loved to regale listeners with long stories and most of her tales kept me fascinated. As she talked we continued working and my anger began to subside. I grabbed a long stalk and pulled… the tap roots were so long that after tugging and pulling with all my might the obtuse weed refused to come out of its earthy home. I took my frustration out on that weed whacking the top off with the hoe and then grabbing it at the base as sweat dripped down my arms and on to my hands. I gave it one last long heave. The damn weed let go with a sudden release that startled me and sent me flying backward.

“SHIT!” I yelled out as my butt hit the ground.

Ruth stopped working, leaned on her hoe, and said in a very serious tone, “I would not hold in my hand, what you just had in your mouth.”

I stared at the ground between my legs as my ire rose in tandem with a reddening face. I murmured an embarrassed apology, but what I wanted to do was scream at her. Inside my stomach twisted as my hands clenched into tight angry fists. How dare she invite herself to weed my garden, tell me what to do and then reprimand me? Just as I was about to open my mouth and insert hoof, she broke into laughter.

“That’s exactly what my mother-in-law told me the first time she heard me utter the same word in the same way.”

I got up, brushed my bottom off, laughed and saw a woman not so much different than my mother or me. It’s a hard row to hoe finding that common ground between the woman who raised the boy and the woman who married the man. Ruth and I continued to have our ups and downs, but that day was a breaking point for both of us. I began to see her as more than just my mother-in-law. I saw her as a strong, independent woman with passions, yearnings, and realities who deserved my respect and my love. I never would have dreamt that a four-letter, fertilizer word would be the catalyst to a treasured friendship.
Posted by Jane Doe at Monday, May 24, 2010