November Outside My Window 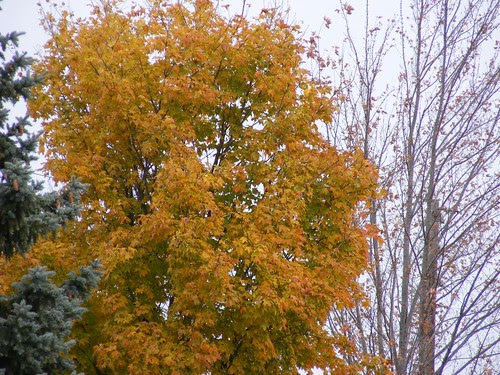 The scene outside my window has noticeably changed over the last month. The two trees that I gaze at when words elude me went from green to golden yellow with tinges of orange to become a colorful carpet on the neighbor’s lawn and finally raked into a pile along side the street. A study in simplicity, dark limbs stretch toward the sky creating outlines and negative space. I may be in the minority, but I believe the beauty of trees in late fall and winter continues. 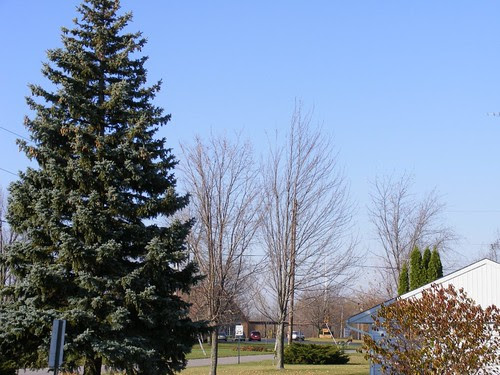 Gone are the garments that covered long thick branches. Maple, oak, beech and birch reveal the strength of character that houses birds, squirrels, insects, and sometimes hold a swing for childhood glee. Again, I may be in the minority, but I look forward to the time when snow frosts the trees bringing yet another magical moment outside my window. 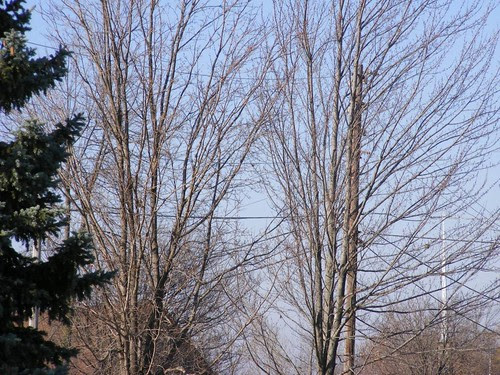 It’s Mr. Noodle
The ferocious black cat in my Halloween post was none other than Mr. Noodle who had a hard time playing the part. What he wanted to do was roll onto his back so I would scratch his belly. Out of five shots he was slightly spooky in one. 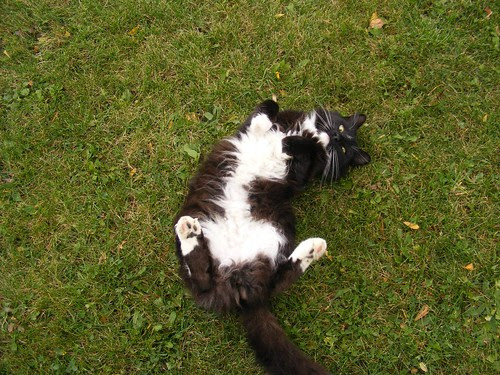 "I like spring, but it is too young. I like summer, but it is too proud. So I like best of all autumn, because its tone is mellower, its colours are richer, and it is tinged with a little sorrow. Its golden richness speaks not of the innocence of spring, nor the power of summer, but of the mellowness and kindly wisdom of approaching age. It knows the limitations of life and its content."
-Lin Yutang
Posted by Jane Doe at Monday, November 02, 2009