Life According to Jan and Jer hosts a Friday Fences link party and I'm sharing a fence photo I took this week. 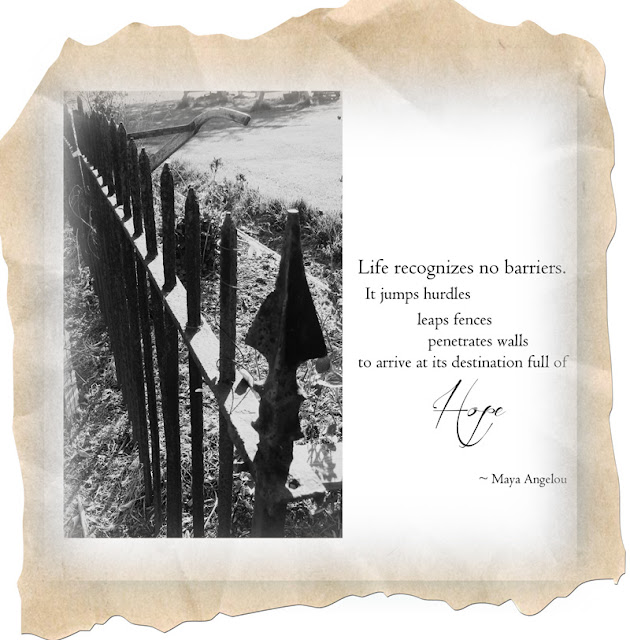 Now that I think about it...that's exactly what happened to my adopted baseball team: the Boston Red Sox. They refused to be held back, hit the ball over the Green Monster, penetrated teams and arrived ready to play in the 2004 World Series with hope.  So why would a girl from Ohio, raised on Indians, Browns, and Buckeyes, give a hoot about the Boston Red Sox?  Well... I lived on Cape Cod and I believe there's a zen to baseball.  Watching the Indians on TV just didn't happen 'cuz it's all about location, location, location.  So I tuned into the Red Sox games, got into the Sox/Yankees rivalry and rooted them on for the five years I lived on the east coast.  I never got to attend a game at Fenway, but I wish I had.  Anyhow...I was there when The Curse of the Bambino came to a halt in 2004.  I stood outside my house listening to horns honk, whistles blow, and sirens sound in celebration of the Sox ending the 86 year dry spell winning the World Series. 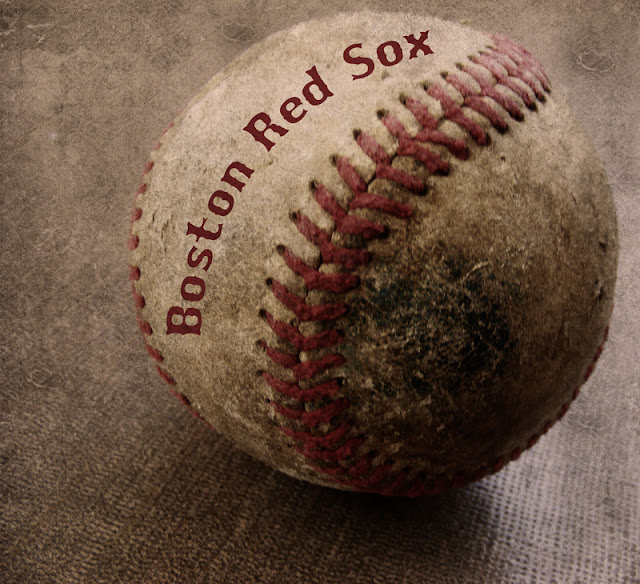 Today is the 100th Anniversary of Fenway Park! Just think of the history that the stadium has witnessed.  Pretty cool, eh?   I can't be in attendance to watch the Sox and the Yankees bat it out, but the two rivals meeting is appropriate for the day. The Red Sox beat the Yankees in 1912 when Fenway was brand spankin' new. 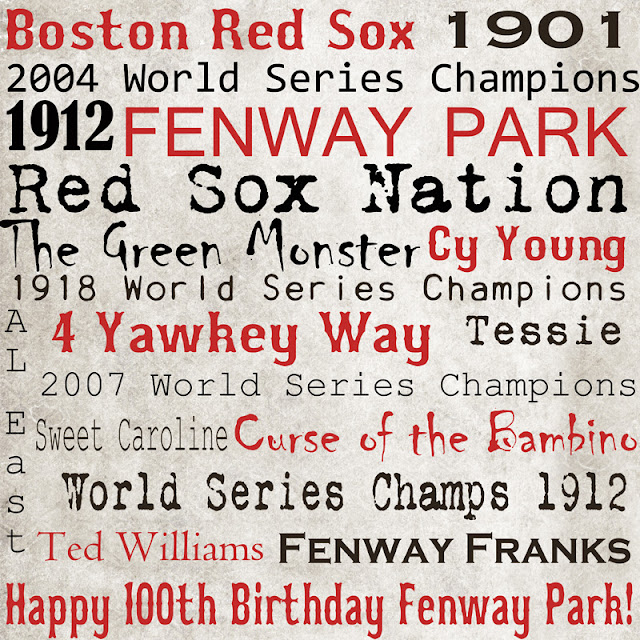 Back in Ohio I can catch every Indians game, but watching the Sox today isn't going to happen.  Instead, I'll grab it on mlb.com, watch a few clips of the celebration on ESPN, and dream about sitting in a seat on a day in April, with a hot dog in one hand and a beer in the other, rooting for the Green Monster to shut out the Yankee homers and duck when a Red Sox player slams the ball in that direction.
Posted by Jane Doe at Friday, April 20, 2012