Here's Looking at You, Cupcake! 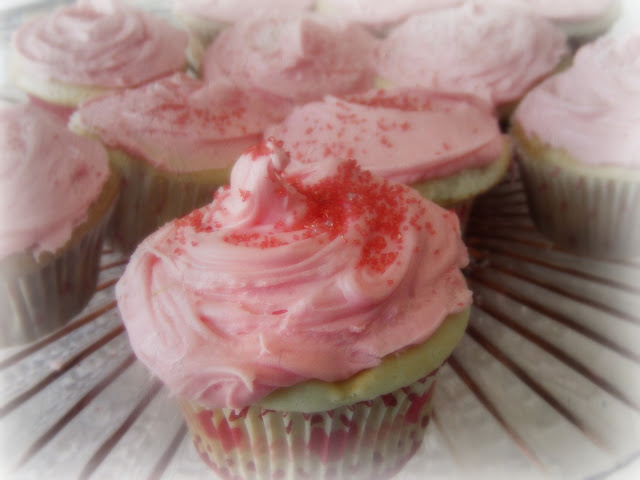 ﻿
Did you know cupcakes have been around since the late 1700s? No,no, not the cupcakes I came to know as a kid, but a recipe for cake measured in cups instead of by weight, hence cup cake.  What a journey these favorite sweets have taken, but when did cupcakes become the "it" girl of the dessert world?  Since? Cupcakes have always been special in my book as one of those on the move treats, like a Ho-Ho or Twinkie, only better because they were made at home by my mom who, good golly miss molly, cooked and baked like a woman on a mission.  Well come to think of it she was on a mission, every day, a mission to keep six hungry kids and one husband well-fed and satisfied.  There were no elegant swirls on her cupcakes, no ma'am, those mounds of tender crumbs were topped with the flick of a knife ending in a delicate curl at the top, if she had the time.  She didn't make cupcakes from avacadoes, green tea, or any exotic fruits and nuts, nope, just plain old white, yellow, chocolate, and once in a while cherry chip from a mix.

Simple buttercream frosting flavored with good ole Hershey Cocoa topped it off.  There was seldom time for sprinkles, dragees, or decorations.  Just get 'em frosted, slap 'em on a plate and pass them out with the judicious wisdom of Solomon. 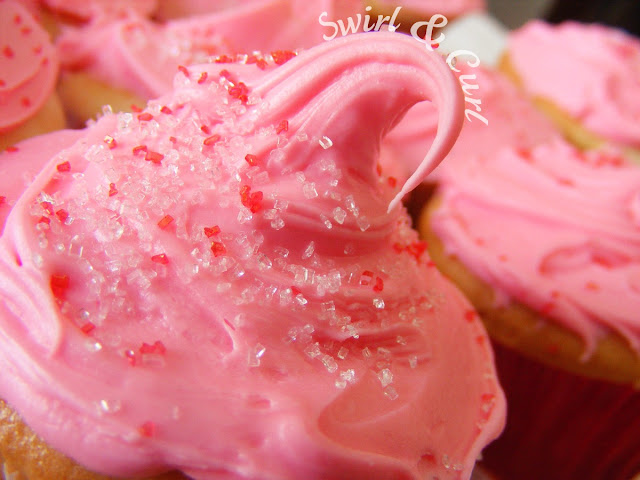 Taking photos of cupcakes is almost as much fun as eating them and I've noticed I'm not the only one who finds cupcakes a worthy subject.  I've seen cupcakes on so many blogs lately that I've decided that my love affair with taking photos of cupcakes must be put on the back burner for a while.  It's time to move on to something new.  A little bird tweeted that macaroons are eyeing the throne where cupcakes perch, but I don't think there's a place nearby that sells colorful macaroons, so I'm thinking...maybe...cream puffs! Yes, yes, yes....cream puffs with that curl on top and oozing all sorts of puddings, creams, gelatos, ice cream, fruit, sauces, oh so many variations! Who knows maybe I'll start a trend.

For now, it's time to say good-bye to this photogenic confectionary that's captured the eye of the camera crowd. 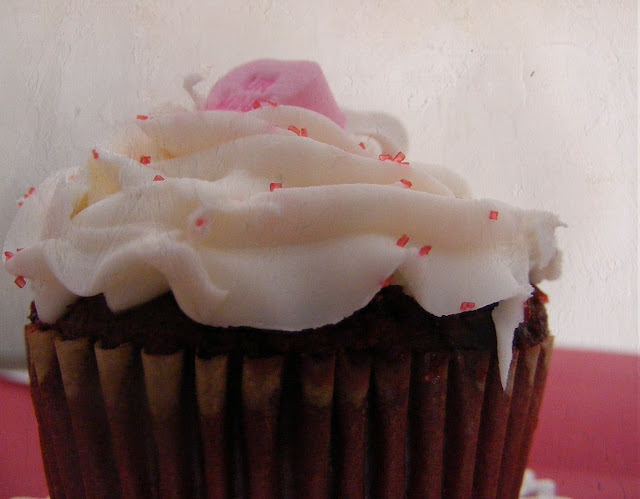 ﻿
Love cupcakes? Check out The Cupcake Activist, I swear, this is one serious cupcake lover.
Posted by Jane Doe at Tuesday, February 15, 2011