I’ve started so many different posts in the last day or so trying to come up with one that feels right. So I asked my six-year-old grandson, “Should I write about spices, pests, or apples, pumpkins, and stuff?”

Redding’s reply, “Apples, pumpkins, and Thanksgiving stuff.” So here it is… 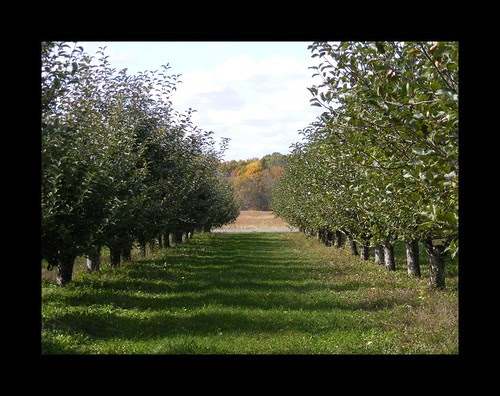 On a gorgeous sky blue day in October Manda, Red, and I went to Votaw’s apple orchard outside of Pioneer, Ohio. The pliable branches on the trees hung to the ground from the weight of apple-laden limbs. 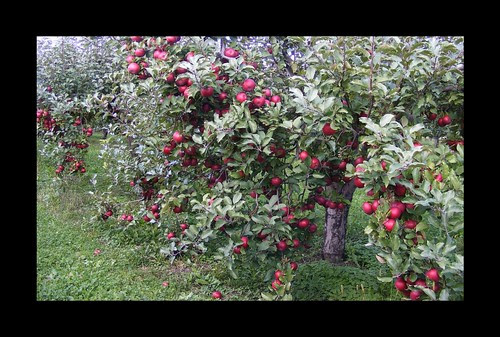 Redding easily picked a bag full of red and yellow delicious apples. Bright red Rome apples were plentiful, too. Wagons loads of pumpkins stood just outside the building that held more apples, cider, and honey. We took home the last bag of Cortlands, the best apple for cooking in my most humble opinion. The downside of Cortlands is that they are not good keepers, so using them promptly is key to the best apple pies and dumplings. 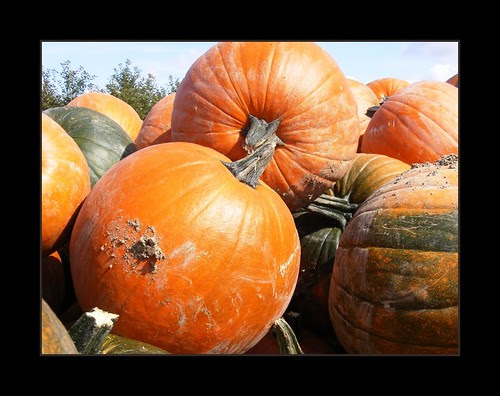 So many of the flavors and scents of autumn come from the wonderful blend of apples and pumpkins paired with spices. I prefer whole spices whenever possible. I like my cinnamon sticks long, anise in stars, nutmegs that look like little brown footballs and cloves with tiny prongs holding a tinier seed aloft.
Cozying up with a mug of tongue-tingling hot mulled cider on a crisp autumn night remains a season-soothing indulgence. Not only does the apple drink taste delicious, the heavy spice fragrance lingers in the air. Making a big batch of mulled cider isn’t always feasible, but when you’re in the mood for just one or two mugs try this recipe. 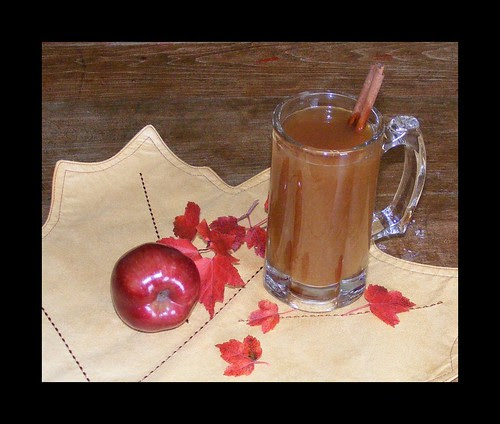 Heat cider in a pan on the stove, making sure it does not boil. Add the spices and let simmer for at least 15 minutes. Using a strainer, pour the cider into your favorite mug, add a stick of cinnamon, and sip slowly savoring the spicy fall flavors.

Other spices to add for a change of pace: cardamom; vanilla bean cut in two; orange peel, a slice of orange or tangerine studded with cloves, whole allspice, lemon.

You can place all spices in a square of cheesecloth and simmer, if you don’t want to strain. Ground spices can be used, but the cider may appear cloudy.

Want to give your mulled cider a kick? Add a splash of rum, bourbon, or brandy.

I heard recently that pumpkin is in short supply this year due to wet fields. Nothing was said as to whether the shortage was due to last year’s growing conditions or this year’s. Regardless, I picked up a can of Libby’s solid pumpkin (not pie filling). One year I tried making pumpkin pies from a little sugar pie pumpkin. The end result was less satisfying, so I went back to using Libby’s and never looked back. I like pumpkin pie spicy, not just a smidge of spice flavor, but I’m talking S P I C E Y! I also prefer brown sugar over white. Maybe it’s just in my imagination, but I swear brown sugar gives pumpkin pie a richer flavor. If you follow the recipe on the label, it does not include nutmeg, but I always grate fresh nutmeg and add an extra shake of all the spices…for good measure.

I recently tried a new pie crust from the domestic sensualist and loved it. The butter adds crispness to the crust. I’m planning to use the buttery crust this year for Thanksgiving pies.

It’s going to be a busy next few days. Blogging will be put on the back burner, but I want to wish all a Happy Thanksgiving! I hope you have time to take in a bit of the Macy’s Thanksgiving Day Parade, eat hearty, and find a moment for silently counting your blessings. 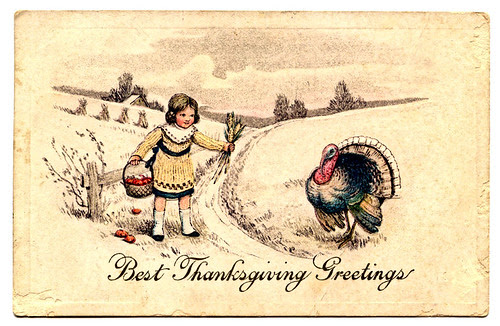 So to end this I asked Redding his thoughts about Thanksgiving and here’s what he had to say, “Everyone gets thankful. They gather round for their food and eat and then sit at the table and play a game.” Sounds like a lovely day indeed.

The vintage postcard photo is from The Graphics Fairy.
Posted by Jane Doe at Monday, November 23, 2009